A little over a hundred years ago, President Woodrow Wilson laid out his vision for a post-Great War world in his fourteen points speech. America’s wartime allies were not impressed. French Prime Minister Georges Clemenceau supposedly scoffed that “le Bon Seigneur n’avait que dix,” or “the Good Lord only had ten.” Republican isolationists were similarly unimpressed. A group of Senators later known as the bitter-enders vowed to fight Wilson’s plans until, well, the bitter end.

Apropos of nothing, Wilson contracted a bad case of influenza while he was in Paris for the post-World War I Versailles conference. Historians now believe that the flu strain affected his mind as well as his body. So, when the Senate began debating treaty ratification, Wilson stubbornly refused any compromise. Instead, he began a grueling whistle-stop tour of the United States which led to exhaustion and a debilitating stroke.

Back to the blog

Whether you agree with Wilson’s fourteen points or not, you almost have to admire his resolve. So, in memory of him, we offer our Fourteen Points of Gun Trusts.
In brief, a gun trust is a legal vehicle much like a testamentary trust that’s attached to a will. The gun trust, and not the person who made it (settlor), assumes legal ownership over the corpus (property in the trust). In much the same way, the gun trust assumes legal ownership of the corpus, which in this case, usually consists of firearms.

Gun trust & 14 reasons why you need one 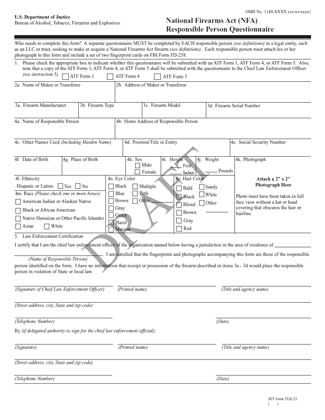 America’s Founding Fathers did a number of things very well, including preserving the right to bear arms. But they did not do a good job of explaining why it was important to bear arms. Revolutionary War militia played a pivotal role in the struggle for independence against Great Britain. But the same was not true in the War of 1812. The next generation of American militia clearly did not share their parents’ values.

A gun trust enables you to pass down your values to future gun owners in your family. They will know the importance of things like gun safety, firearms training, the history of firearms use in the United States, and its significance to today’s Americans.

When individuals purchase NFA firearms, they are the only people who can legally possess them. If a spouse borrows your vehicle and your firearm is still in the car, your spouse is committing a felony in most states. By assigning co-trustees to handle possession during your lifetime and beneficiaries to inherit after you pass away, a gun trust completely eliminates this problem.

The emotional aspect of gun trusts goes beyond passing down values. You can determine who receives each individual item and in which order. This formal passage of property imbues the family with a tradition that helps ease the loss of a treasured family member and emphasizes the importance of the collection to the next generation.

Privacy is one of the biggest testamentary gun trust benefits. When settlors die, their property does not become a matter of public record. The same thing applies to gun trusts. The firearms bypass outside probate court. So, no one new learns about the rare or expensive firearms that are in your basement. Instead, a simple inventory is good enough and is kept in your private files.

Only the purchaser or the record owner may legally possess an NFA firearm if the tax stamp is registered in one’s individual name. Depending on how it is drafted, a gun trust can extend possession privileges to as many people as the settlor deems appropriate. Even better, the gun trust may loan parts of the corpus to temporary co-trustees, perhaps to accommodate hunting trips or competitions. 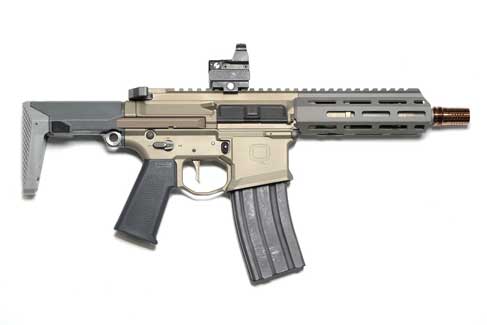 Many gun trusts do not mesh with a power of attorney or other testamentary document. So, if the settlor becomes incapacitated, a firearm could fall into an independent conservatorship. Once the incapacity ends, reclaiming firearm ownership could be a legal nightmare. A gun trust attorney can arrange paperwork to ensure this outcome does not occur.

Many protective orders, including some unilateral protective orders, bar firearm ownership. An individual owner must surrender any guns under these circumstances. A gun trust may be able to transfer ownership to a successor trustee. So, there is no disruptive effect and the persons who need protection are still protected.

If individual gun owners die and want to transfer their firearms to minors, the legal process ranges between difficult and impossible in most states. A gun trust can retain the firearm and allow minor beneficiaries to become full beneficiaries at the proper time.

This benefit applies to all property trusts, including gun trusts. Most states have probate limits. For example, in California, if the probate estate is less than $150,000, court proceedings are expedited. So, if you take property out of the probate estate and place it into a gun trust, the legal process is much more straightforward. That’s especially important in this area, as many rare guns are extremely valuable.

Gun Trust ownership rules vary from individual rules. So, if a state or other government passes a firearms ban, beneficiaries may be able to retain their firearms for a longer period of time. In many cases, they may not need to surrender them until all the current beneficiaries pass away.

Much like the value legacy provisions mentioned above, gun trusts may contain provisions about qualifications of future beneficiaries. So, settlors are assured that future gun owners will be more than fully qualified to handle firearms. They will also fully appreciate the value of firearms ownership.

Assume an individual possesses a firearm. If that gun is involved in any injury, whether accidental or intentional, all the owner’s assets may be at risk in a liability lawsuit. But if a gun trust owns the firearm, the gun trust is the only legally responsible entity. In other words, the remainder of your property may be immune from these tort lawsuits.

Gun trusts can do more than preserve Second Amendment values. They may also include things like religious faith, charitable values, career preparation, financial mentorship, and other things that matter to you. In some other kinds of trusts, provisions like these often trigger litigation. But that’s not true in most gun trusts, given their relatively modest financial value.

Firearms-friendly groups may also be gun trust beneficiaries. For the most part, they may access the corpus for whatever purpose, and whatever length of time, you designate.
Preserve Your Firearms Legacy Today

There are many financial, proprietary, and emotional reasons to establish a gun trust. For a confidential gun trust consultation with an experienced Second Amendment attorney in Marietta, contact NFA Lawyers, LLC.