In the waning days of the Obama administration, then-Attorney General Loretta Lynch signed a controversial rule with a long-winded title. Rule 41F, or “The Machine Guns, Destructive Devices and Certain Other Firearms; Background Checks for Responsible Persons of a gun Trust or Legal Entity with Respect to Making or Transferring a Firearm” rule, made gun trusts subject to the same identification and background requirements as individual firearm purchasers.

Prior to January 2016, many people formed gun trusts to take advantage of a streamlined purchasing process. At the time, gun trusts were exempt from many key reporting requirements under the National Firearms Act. Now, those shortcuts are no more. However, the flexibility and other benefits that trusts offer are more important than ever.

How Did We Get Here?

Two events in Texas in the 1960s, and another Texas-related event in the 1980s, set the tone for the gun control debate. In many ways, these same arguments are alive and well all these years later.

Although not everyone agrees, it certainly appears that Dallas resident Lee Harvey Oswald used a phony name to purchase a sniper’s rifle from a mail order catalogue in March 1963. The accessibility of such weapons shocked many Americans. Shortly after the Warren Commission released its report on the John F. Kennedy assassination, Washington lawmakers began debating stronger gun control measures.

President Kennedy was such a larger-than-life figure that it looked like some form of gun control would pass rather easily. But in August 1966, Charles Whitman ascended the steps of the Observation Tower at the University of Texas in Austin. The Marine Corps veteran then opened fire on the crowd below. In less than a day, he killed seventeen people (including an unborn child) and wounded thirty-one others.

At the time, Austin was a relatively small town with about 200,000 residents. Police officers carried lightweight, short-range, and low-caliber revolvers. So, they were ill-equipped to deal with a situation like the one they were faced with that day. While officers developed a plan of action, many Austin residents retrieved their hunting and other high-powered rifles and converged on the UT campus. There, they kept Whitman pinned down for nearly two hours. Had they not done so, there is no telling how many people might have died that day. Whitman may have had as many as 700 rounds of ammunition.

Federal gun control efforts stalled, at least for a while. The assassinations of Martin Luther King and Robert F. Kennedy once again billowed the sails on the ship of change. President Lyndon Johnson signed the Gun Control Act in October 1968. 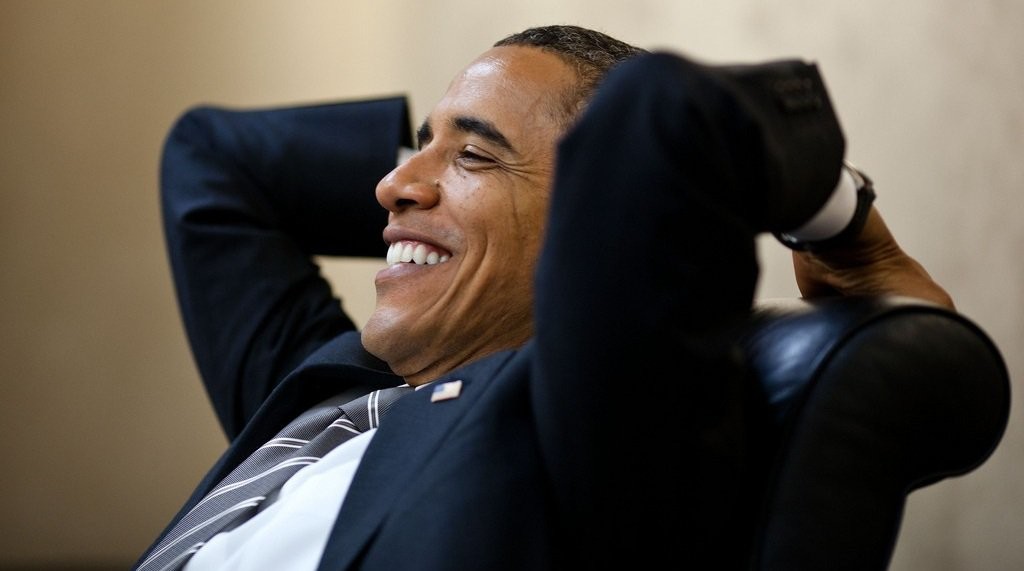 background checks and a waiting period

Under the original Gun Control Act, only licensed firearms dealers could sell these weapons in interstate commerce. The first significant expansion came in 1993, with the Brady Handgun Violence Prevention Act. James Brady was President Ronald Reagan’s press secretary in 1981. In March of that year, John Hinkley shot and nearly killed both Reagan and Brady. Some five months earlier, the Dallas native used a false address to buy a gun at a Texas pawn shop. He had also been arrested for attempting to smuggle a gun and ammunition onto an American Airlines flight.

The bill that bore Brady’s name required background checks and a waiting period. The National Rifle Association had no problem with the 1968 Gun Control Act. But possibly due to the changing nature of society, the NRA bitterly fought the Brady Bill. Eventually, the Supreme Court overturned part of the law, but left most of it intact.

The new 41F regulation was basically the next step forward in the gun control movement, or the next step backward, depending on your perspective. When the rule went into effect in 2016, many made dire predictions. But for the most part, it has been business as usual for NFA gun trusts.

As mentioned, this rule places trusts on par with individual purchasers. According to the above laws, individuals who buy guns must comply with a number of identification rules. Now, co-trustees must do the same thing. More on that below.

Why an NFA Trust is a Good Idea

Many people are familiar with trusts from a wills and estates perspective. An NFA gun trust is basically the same thing, although there are some differences.

Assume Bill owns some land in Marietta. A few years before his death, he places that land into Bill’s Family Trust (BFT). As a result, Bill no longer legally owns that land. Instead, the BFT owns it. So, when Bill dies, the land does not pass through probate court. Instead, it remains in the BFT. Typically, the trust names a beneficiary. That beneficiary basically takes Bill’s place. The beneficiary receives all the benefits that come with owning that land. However, the BFT is the legal owner and is also legally responsible for the land.

That setup has some non-probate benefits as well. If Bill has creditors, they cannot take the property. The property does not legally belong to Bill. Or, if someone slips and falls on the property, that person cannot sue Bill. Instead, the person must sue the trust, and that’s a complicated endeavor.

There are many different types of trusts. In most, Bill could be both the settlor (person who creates the trust) and the trustee (person who manages the trust). So, Bill stays in complete control. In many cases, he can add or remove property almost at will. The ability to add property is what makes an NFA gun trust so attractive.

Testamentary trusts usually just have one trustee. But a solo trustee is not a legal requirement. A trust could theoretically have a million or more trustees. Each one would have the same management rights. The same thing is true in an NFA gun trust. If an individual buys a firearm, only that individual may legally possess it. But if a trust buys a firearm, any co-trustee can legally possess it.

Assume Hinckley placed the gun he bought in his truck and loaned his truck to his mother. She could be charged with, and possibly convicted of, a serious felony. But if Hinckley and his mother were co-trustees in an NFA gun trust, either one could possess the weapon.

Why Do You Need an NFA Trust?

People may form an NFA gun trust for almost any purpose. But truth be told, there is little point in doing so for small-caliber handguns, hunting rifles, and so on. These firearms are fairly easy to transfer, and even if there is breakdown along the way, criminal penalties are extremely light.

But that’s not true for other types of guns. Automatic rifles and pistols, along with specially-altered weapons, are tightly controlled. Furthermore, criminal possession is usually a federal offense. In these cases, courts and prosecutors typically show no mercy.

Many people believe that only gun nuts and anti-government militias need something like a machine gun or a silencer. Did you notice that Rule 41F uses the pejorative term “Destructive Devices”? 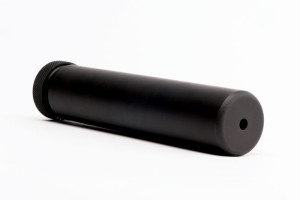 But that’s not true. In many ways, Rule 41F items may be the most responsible purchase an owner can make. Silencers are good examples. These devices reduce recoil and therefore improve accuracy. Moreover, they are good for hunters. Silencers frighten game less and therefore make hunting more humane. Finally, silencers are, well, silent. They virtually eliminate the loud noises associated with target practice. Your hearing will no longer be at risk. Your neighbors will appreciate the silence as well.

There is also some overlap between testamentary and gun trusts. Sometimes, as we get older, we lose the capacity to safely handle the specialized firearms we’ve collected over the years. Without a trust, these owners may face some difficult decisions. Generally, they must either liquidate their collections or expose their loved ones to possible criminal liability by giving the weapons to family members for safekeeping. A trust takes care of that issue altogether. Just follow the below procedures to name them as co-trustees, and you are good to go.

All trusts, whether they are testamentary trusts or NFA trusts, are really about staying under the radar. Given the substantial benefits of firearm co-ownership, this goal is an important one. Fortunately, it’s also rather easy to accomplish.

In a way, Rule 41F did not change anything. It just expanded some current rules. Even before January 2016, the trustee picking up the item had to complete Form 4473 and undergo a background check. Now, these requirements apply to all co-trustees, whether or not they are present at the sale. This mandate also applies whether or not they physically possess an NFA gun trust firearm. Now, signing on the trust’s dotted line, and not holding a gun, triggers the requirement.

27 C.F.R. 479.11 refers to co-trustees as “responsible persons.” These responsible persons are responsible for sending in the proper paperwork to the Bureau of Alcohol, Tobacco, Firearms, and Explosives as well as notifying the local Chief Law Enforcement Officer of a tax stamp application submission. But only notice is required in the case of the CLEO. There’s no need to wait for approval. 41F’s elimination of the requirement for a signed CLEO certification does away with an additional headache you do not need to deal with.

As written in the 41F regulation, the term “responsible person” has a very broad meaning. This category includes “those persons with the power or authority to direct the management and policies of the gun trust [and] any person who has the capability to exercise such power and possesses, directly or indirectly, the power or authority under any trust instrument, or under State law, to receive, possess, ship, transport, deliver, transfer, or otherwise dispose of a firearm for, or on behalf of, the gun trust.”

That’s an extremely broad definition and can differ according to how certain gun trusts are drafted. It is important to determine what powers your co-trustees are granted in the particular trust you are having created. A Gun trust from NFA Lawyers, LLC keeps the co-trustees’ role to a minimum, granting them only the right to possess during the trustee’s lifetime and at their discretion. The co-trustees have no other power to buy or sell gun trust property or amend the gun trust in any way while the trustee is still living. Despite this limitation of co-trustee power, the BATFE still requires that co-trustees who remain on the gun trust at the time of tax stamp application submission provide fingerprints, photos, and the Form 5320.23.

The new 41F regulation did not, and will not, change the fact that you probably need a gun trust for your suppressors, machine guns, SBRs or SBSs, as well as for your non-NFA weapons and accessories. All of the possession and estate benefits of a gun trust still provide you and your family the protection of legal possession and a much easier process of organizing your affairs after death. For a confidential gun trust consultation with an experienced firearms’ rights attorney in Marietta, contact NFA Lawyers, LLC. After hours appointments are available.