By a 5-3 vote, the Justices reversed course and dismissed the biggest gun rights case since D.C. v. Heller on the grounds that it was moot.

New York City had passed an ordinance restricting a gun owner’s ability to transport firearms to a shooting range or second residence which was beyond the city limits. When the New York State Rifle and Pistol Association challenged the ordinance, the city fathers quickly rescinded it. And, the state of New York passed a law prohibiting NYC, or any other municipality, from enacting a similar restriction. As a result, the Justices said the controversy was moot.

Justice Samuel Alito, who was joined by two others, dissented. “By incorrectly dismissing this case as moot, the court permits our docket to be manipulated in a way that should not be countenanced,” he wrote. In a separate opinion, Justice Brett Kavanaugh echoed Alito’s concerns. “I share Justice Alito’s concern that some federal and state courts may not be properly applying” Supreme Court decisions in this area. He urged his fellow Justices to consider this issue “soon.”

The Supreme Court might add at least one gun control case, including a pair of similar Massachusetts restrictions, to next term’s docket. 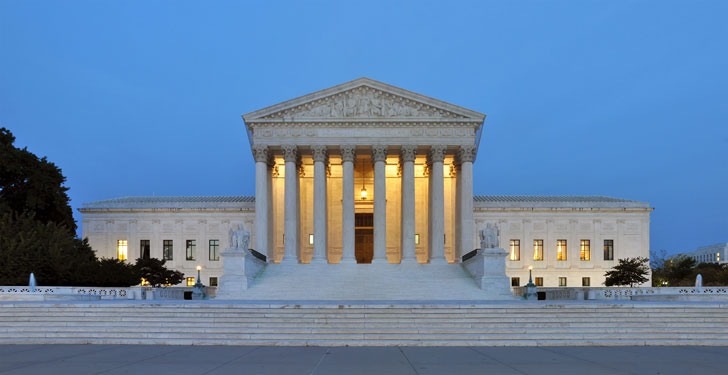 Generally, courts only determine live controversies. Assume you and I both claim ownership of a home. We cannot agree, and the case goes to court. Before the judge hears the case, the house burns down. At that point, it does not matter who owned the house, because the house is gone.

So, the case is moot, and the court cannot consider the question. That’s assuming the house was not insured, one of the parties did not intentionally set fire to the house, and there was nothing else unusual.

Bankruptcy might offer a better real-world example. Most experts predict that coronavirus might exponentially increase bankruptcy filings. When consumers file, all their nonexempt property, including money in their checking accounts, arguably becomes property of the bankruptcy trustee (person who oversees the bankruptcy for the judge).

But hold on a minute. Many people do not “own” these funds, mostly due to floating checks or ACH payment arrangements. If that is true, the bankruptcy trustee has no right to this money.

Similar issues cloud the gun control case the Supreme Court was set to consider. Some people claim New York lawmakers scuttled the ownership restrictions they had passed once it became clear they had gone too far and the Supremes would rule against them. That’s not quite like burning down a house so the other party will not get it, but it’s in the same ballpark.

Gun Ownership Rights: How Did We Get Here?

Modern gun ownership rights might go back to the days of King Henry II. In 1181, Henry issued the Assize of Arms. The Assize was an obligation to own weapons and use them, if needed, to defend the King. For that reason, some people argue the Assize was not a “gun ownership” law as such. That might be true, but this is definitely where the conversation began.

The Assize of 1181 also contained a provision about transferring weapons ownership to the next generation. This mandate was a rudimentary gun trust. If the owner died and the heir was not qualified to own weapons, “that person who has wardship over him shall also have custody of the arms and shall find a man who can use the arms in the service of the lord king until the heir is of age to bear arms, and then he shall have them.”

England was a very young nation at this point. Henry Beauclerc, who was Henry II’s father, was the first English king after William the Conqueror. As such, Henry II’s position was rather unstable, especially the kingdom only had a tiny standing army. Does this environment sound like the United States right after the Revolutionary War?

The Assize directed “every free layman” to own a hauberk and a lance. These weapons were the 12th century equivalent of a Glock and a repeating rifle. Then as now, the right to own a weapon was not unlimited. Assize restrictions included a prohibition against taking weapons out of the person’s home county. If a man violated this law in any way, “the lord king will take vengeance, not merely on their lands or chattels, but on their limbs.” That sounds painful.

The English Bill of Rights came along several centuries later. Most scholars point to this 1689 law as the root of most of the freedoms found in the Bill of Rights. That includes the Second Amendment. The Bill of Rights also limited the monarch’s power and established clear standards for royal succession. Both these issues were really big deals during the reign of James II, a tyrant who was the last absolute monarch of Great Britain.

The Bill of Rights took specific aim at some of James II’s more controversial policies. Some key complaints included:

The disarmament provision is obviously the most significant mandate for our purposes. All these provisions are still good law in most Commonwealth countries. English courts cited it as recently as 2019, in cases further limiting the monarch’s ability to control Parliament.

Like almost all other property, guns may pass through probate when the owner dies. That’s the simplest way to transfer property, but there are some issues.

Probate transfers are public record. When people die in Georgia, their executors must file inventories. These inventories, which become part of the court’s file, contain a detailed listing of everything the decedent owned. Since these files are now stored online, any 12-year-old with a cell phone can pull up a gun owner’s inventory. This publicity might be a bad idea, for any number of reasons.

Gun trusts, on the other hand, are private. Even the trust documents themselves usually only contain brief summaries about the items in the corpus (property in the trust). Detailed descriptions are under seal.

Gun trusts might contain similar provisions. Some ideas include the completion of a certain firearms safety class, membership in a gun rights appreciation organization, or contributing something of value, like a speech or an op-ed piece, to the firearm rights discussion.

If firearms pass through probate, new owners must pay transfer fees and navigate through lots of red tape. That’s especially true of National Firearm Act items, such as silencers, machine guns, and explosive devices. For the most part, gun trusts eliminate these transfer fees and this bureaucratic red tape.

Gun trusts are not just good for owners and beneficiaries. They are also good for the co-trustees who manage the corpus. Effectively, co-trustees are like co-owners. If your hunting buddy shows up without a hunting rifle, you can make him a temporary co-trustee of the rifles in your gun collection. He is therefore an owner for a weekend. Or, if your wife is a co-trustee, she does not need to worry about getting caught with a handgun in the car.

Gun trusts cannot circumvent Georgia firearm ownership rules. Federal gun ownership restrictions also apply in the Peachtree State. Felons, including most people who received deferred adjudication for a felony, some people with history of mental illness, and some people convicted of domestic abuse cannot own or possess firearms in Georgia. An 18 or 21 age limit applies to handguns; there is no age restriction regarding rifles or other long guns.

Finally, gun trusts are good for executors. Most people choose administrators because they are diligent and trustworthy, not because they know the ins and outs of the NFA. If the administrator makes a mistake in this area, the person could be legally responsible. That’s not a burden any gun owner wants to shift to a well-meaning executor.

Setting Up Your Gun Trust

Choosing a trustee is usually the first step in creating a gun trust. Normally, the settlor and trustee are the same person. So, this choice is usually not rocket science. Gun trusts are inter vivos (living) trusts. So, the trust owner can add or subtract items form the corpus at will.

This option is not available to everyone. Some people are legally competent to set up trusts with the assistance of a Marietta gun trust attorney. But they are not legally competent to be a trustee. Still other people deteriorate mentally, so they need someone else to take over as trustee.

A professional trustee might be a good idea, especially since NFA trusts are rather complex. If a stranger trustee is unappealing, consider appointing two co-trustees. The professional can manage the trust, and the trusted individual is there to keep things private.

As mentioned, some trustees are more like owners than managers. The process is basically the same for both types of trustees. It is relatively easy to add or subtract these individuals.

All transfers must be documented by ATF Form 3 or Form 4. Form 3 is usually for dealer-to-dealer transfers; Form 4 covers most individual-to-individual transfers. The ATF might take up to sixteen weeks to process these forms. If the transfer is an out-of-state transfer, the waiting period could be twice as long.

As for the trust documents themselves, it’s best to work with a gun trust attorney. Plenty of forms are available on the internet, and plenty of attorneys handle trust and estate matters. But gun trusts are a different breed. Many do-it-yourself forms do not have the right language, and many trust lawyers know little or nothing about ATF rules.

A lawyer does more than set up the right legal documents. An attorney also gives you solid legal advice through the whole process.